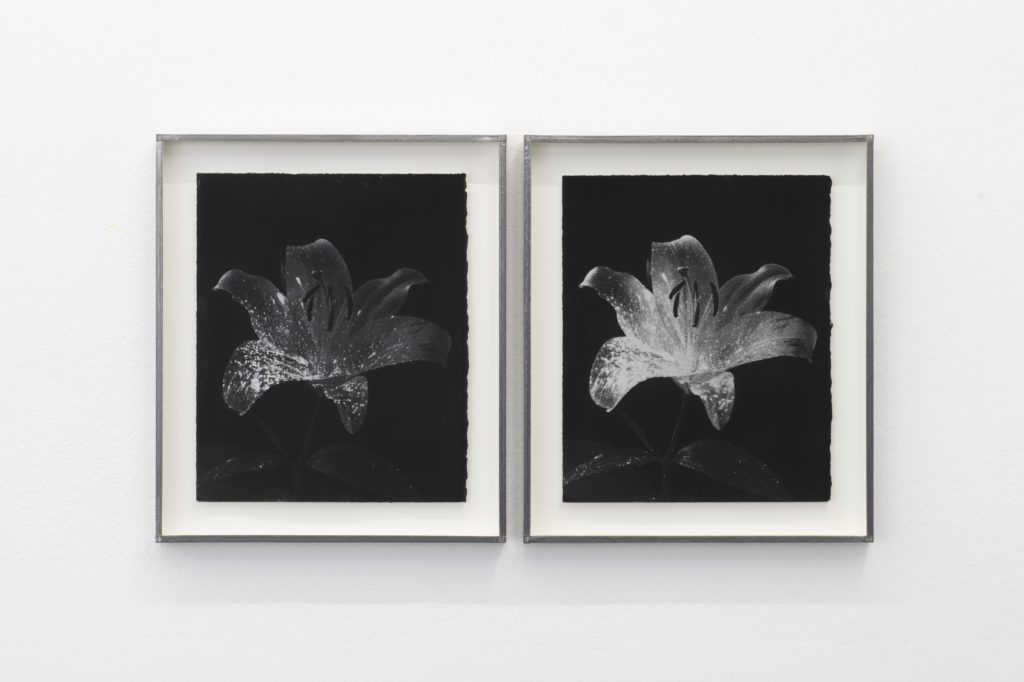 For Photo Saint Germain, Caroline Corbasson and Andréa Montano join forces by delivering a work uniting two sciences that are a priori distant: astrophysics and botany. These two fields of research inspired them to create a photographic series entitled « Tracks » (rails, paths, tracks).
The charcoal prints, presented in diptychs, reveal a distant filiation between the vegetable and mineral kingdoms.
Passed under a black light, the petals of a flower are adorned with phosphorescent spots resulting from the phenomenon of pollination, but which under the lens of the artists become the seminal traces of the stars on their terrestrial offspring.

We use cookies on our website to give you the most relevant experience by remembering your preferences and repeat visits. By clicking “Accept All”, you consent to the use of ALL the cookies. However, you may visit "Cookie Settings" to provide a controlled consent.
Cookie SettingsAccept All
Manage consent